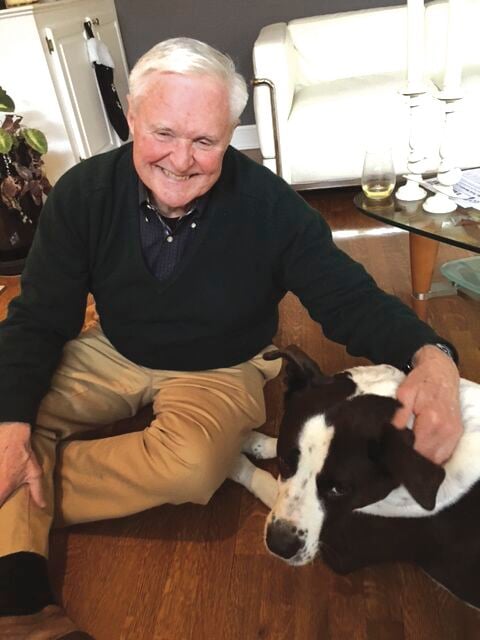 Fred Williams with his dog Chico 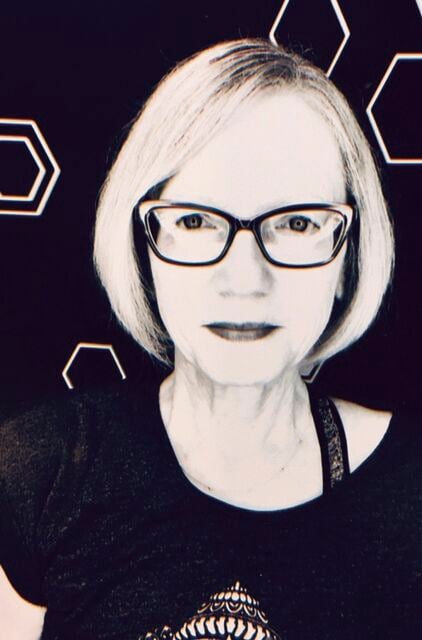 Almost six and half years ago a dear friend pulled a fast one on us.

He was retired, and in 2011 had moved from Texas back to his hometown of Memphis, living a quiet kitty-filled life, when out of nowhere he posted on Facebook a photo of a huge black and white dog grinning into the camera with a cryptic message that simply said: “Guess who came home with me today?”

So began a late-in-life love story of Fred and his Great Dane mix named Chico. That same year I wrote a piece for Best Times titled “You’re Never Too Old to Earn the Love of a Dog.”

It chronicled Fred’s decision to adopt the two-year-old canine with a wistful face -- one who’d been returned twice to the Tunica Humane Society.

“It was pure impulse,” recalls Fred. He’d seen the dog on their website and read his story, so he decided to meet Chico at an adoption event held one Saturday morning at a North Mississippi PetCo store. “He was such a handsome dog, there was no resistance.”

When Fred brought the dog home, there were challenges to overcome and new routines to adapt to. Amber the cat was initially unimpressed and none too pleased. It took some time and effort to bring her around, but eventually she learned to love the big guy, and these days she maintains a sentry watch from the window until Chico is back in the house and under her supervision again.

Fred had never had a dog before -- only fish and a few felines == so he quickly learned that the daily routine of a 100-plus pound dog is dramatically different from the gentle, almost impersonal regimen of a small private house cat.

“Chico and I walk every day rain or shine, 100 degrees or freezing, it doesn’t matter.”

Although he initially inveighed against having the large animal on his bed, it didn’t take long before that attestation melted like pupsicles in July.

“Chico takes up two thirds of the bed, and every night we sleep together, snoring in unison.”

There was also the issue of heart worms, for which treatment is brutal for both animal and guardian.

“There were days he’d lose control and poop on my carpets, but we worked through all of that.”

Fast forward to the present. Michael and I have had the pleasure of watching our friend turn into a devoted, passionate dog lover. “Chico is loyal, he’s protective. We’re a team of two, and we love each other unconditionally.”

The team of two often draws attention when walking. Neighbors and strangers will introduce themselves, or stop for a greeting or short conversation. Fred, however, discourages head pats (except for the one time Congressman Steve Cohen, an avowed animal lover, couldn’t resist giving him a friendly ruffle).

There’s been a few dodgy moments when walking in Overton Park. At pre-dawn, a would-be robber once made the mistake of approaching Fred with nefarious intent. He soon realized what was at the end of the leash and quickly made his escape. There was another park incident involving a man yelling at Fred and Chico. He momentarily abandoned his car and proceeded to chase them, donned in a kilt and snarling some dog walking advice to Fred. On this occasion Chico was just as happy to run away from this crazed individual as Fred was.

Fortunately, most days are filled with mutual love and admiration. When visiting Fred, we note that Chico follows him from room to room, plopping down wherever he sits or stands. He may amble over for a friendly nuzzle or head scratch (allowed only by certain friends) but he’ll always gravitate back to Fred’s side, maintaining a posture that’s relaxed yet ready to spring into action if called upon.

“Chico constantly makes me aware of new things,” says Fred. “He’s brought so much joy to my life. I really love that dog.”