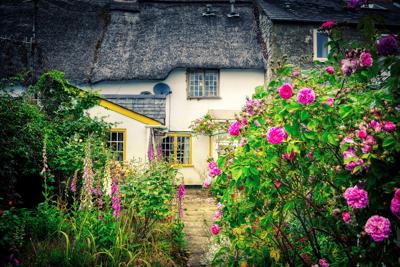 Since the pandemic began, the FTC has sent over 400 warning letters to companies making unsubstantiated claims that their products could prevent, treat or cure COVID-19.

They’re not reviewed and approved by the FDA before being marketed. It acts when it receives reports of adverse effects and the FTC gets involved when unsubstantiated claims are made about their effectiveness in treating serious illnesses.

The FTC has settled charges with many companies making false claims that their dietary supplements could treat various forms of cognitive decline, including Alzheimer’s, dementia and PTSD.

A phony testimonial for one product said, “After I started taking Geniux, I got a promotion at work after just three weeks. Three months later I’m CEO and have surpassed all my colleagues.”

Another product was touted as “Viagra for the Brain.”

The FTC and FDA sent joint warning letters to 10 companies challenging claims their products could treat diabetes, which afflicts more than 34 million Americans. One ad said “This product is not only a multivitamin but has been specifically designed to target the root cause of high blood sugar and Type 2 diabetes.”

The agencies sent joint warning letters to five companies claiming their products could prevent, treat, mitigate, or cure infertility and other reproductive disorders. Dietary supplements have been deceptively marketed as effective in treating virtually every other serious illness or condition, including obesity, cancer and opioid addiction.

Not working as advertised may be the most benign result from using bogus dietary supplements. The FDA has found hundreds of products containing ingredients not listed on the label that could result in adverse reactions including severe muscle pain, stroke, thoughts of suicide and death. Even products that aren’t tainted with undisclosed ingredients can react negatively with certain medical conditions or other medications.

For example, Gingko may help improve memory, but can thin your blood and cause bleeding, making it particularly risky for people already taking blood-thinners. And even products promoted as “natural” may not be safe. Comfrey and kava can cause liver damage.

Don’t assume that a product is legitimate because it’s sold at a major retailer or on a well-known website; many of the products the FTC and FDA have challenged were. Authorities in New York analyzed top-selling store brands from four major retailers and found they contained little or none of the herbs listed on the label, but rather fillers like rice and substances that could be dangerous to people with allergies.

Be skeptical of miracle health care claims and consult with a health care professional before taking any dietary supplement.