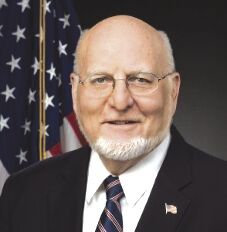 Centers for Disease Control and Prevention Director Robert Redfield, M.D., said the next few months of the pandemic will be probably the worst in the history of public health in the United States. However, vaccines on the horizon provide a “light at the end of the tunnel” in the battle against COVID-19.

During a recent conversation hosted on Zoom by the University of Tennessee Health Science Center’s College of Medicine and the UTHSC Faculty Senate, Redfield said he believes the first mRNA-focused vaccines developed for use against the coronavirus are “extremely safe vaccines.”

The U.S. Food and Drug Administration has approved a vaccine by Pfizer for use against the virus, and a second vaccine developed by Moderna is poised for approval by the FDA.

“It is no longer a scientific problem, but whether we can get the population vaccinated,” he said.

“We’re in a fight and what we need now is unity of spirit and to let data and science drive our actions.”

Redfield has helmed the CDC from the emergence of the pandemic through today. He was invited to speak at the virtual event by long-time friend, Dr. Scott Strome executive dean of the UTHSC College of Medicine. More than 780 people watched the conversation.

“Getting vaccinated is the key,” Redfield said. As the vaccines roll out, he said, the CDC will be carefully tracking adverse reactions in an effort to reassure the public that they are safe, and to encourage vaccination and mitigate vaccine hesitancy.

Redfield said other vaccines are also being developed with different focuses, adding to the health care arsenal for combatting the virus.

“We’re hopeful we’ll have at least one or two more available to the American public by spring,” he said. This should help the country meet the goal of 300 million vaccinated by next fall.

However, even with the vaccines, the director said he does not anticipate changes in the CDC’s mediation protocol of social distancing and masking, until the epidemic is truly over. He pointed out that the mediation efforts are also making a difference in reducing other respiratory illnesses, such as flu.

He explained it could take several years for the pandemic to be contained globally, while in the U.S., he believes the public could expect it to be under control by next summer or fall. Full herd immunity is needed to completely shut the pandemic down, he said, which in his personal assessment could be 85% to 95%.

Redfield said the CDC will continue to give strong guidance regarding transmission of the virus.

“The major mode of transmission is not the public square, but it is family gatherings,” he said.

Redfield said that as cases continue to rise in the immediate future, it is important to protect hospital reserves by starting COVID-19 therapies, such as Remdesivir and convalescent plasma, before hospitalization, instead of in the hospital. He also advocated for in-home hospitalization of COVID-19 patients when possible, and for adding EMTs; medical, nursing, and pharmacy students; and retired physicians and health care workers into the ranks of those treating COVID-19 patients.

“We sincerely appreciate your efforts on behalf of the American public,” Strome said, in closing the hour-long conversation.

To listen to the entire conversation, go to https://uthsc.edu/coronavirus/.