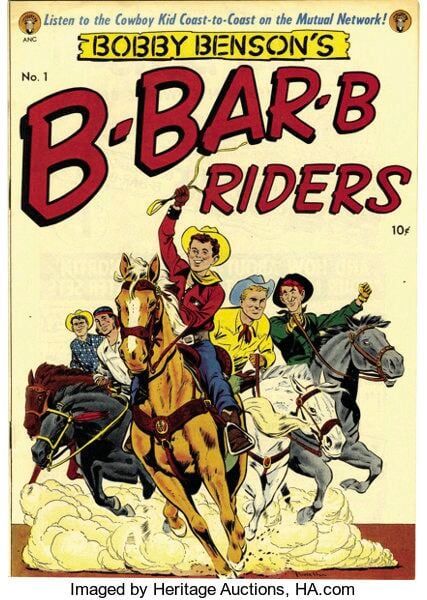 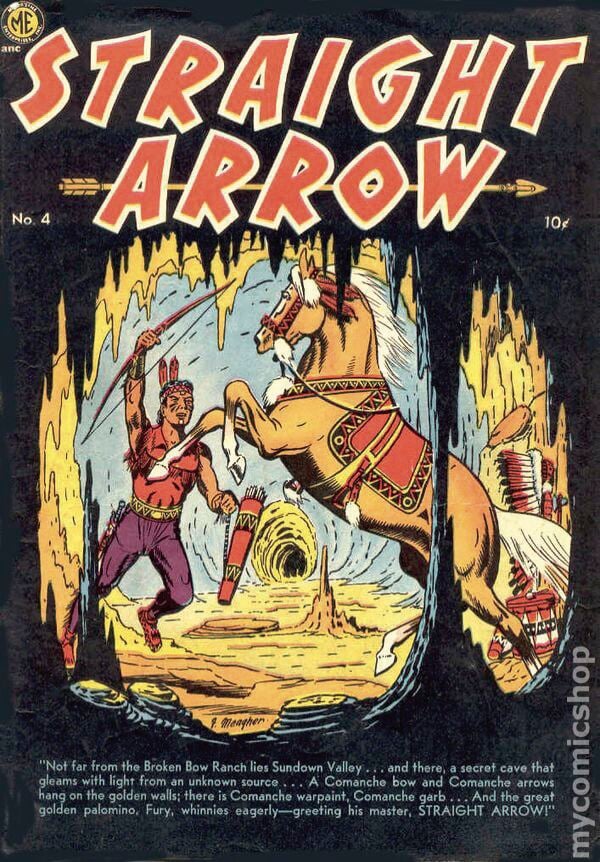 The golden horse’s hooves striking the stone floor echoed in the secret cave as the stalwart Indian rode out to combat the outlawry of evil men in the Old West. The Comanche warrior called out to his galloping horse, “Kane-e-e-wah, Fury!”

In the modern West, in the Big Bend country of Texas, a group of cowboys was “riding fast and riding hard. Out in front is the cowboy kid himself riding his golden palomino Amigo.”

Adventures and some humor were ahead.

It would not be long before television killed these and other radio dramas. But in the late 1940s and early 1950s. “Straight Arrow” and “Bobby Benson and the B-Bar-B Riders” were two of the favorite shows of youngsters who gathered in front of their radios to listen to them and other shows on the 5 p.m. to 6 p.m. Monday-Friday children’s adventure hour on the Mutual and ABC radio networks.

The two shows alternated at 5 p.m. In Memphis, Mutual was on WHBQ and ABC was on WMPS.

Although “Straight Arrow” had Nabisco Shredded Wheat as its sponsor for nearly all of its run from May 6, 1948, to June 21, 1951, its run was much shorter. Th reason for that is unclear. The show ended when Nabisco dropped its sponsorship.

Few people who listened to the two shows regularly as youngsters have forgotten them. Both made it into comic books of the period but neither made it into television although a local station may have tried to produce a Bobby Benson show.

The character Bobby Benson had a successful run on the CBS network during 1932-36, when the youngster, who inherited the ranch when his parents died, owned the H-Bar-O Ranch. The H and O came from a sponsor tie-in during that run.

The dramatically written lead in to “Straight Arrow” tells what that show was about:

To friends and neighbors alike, Steve Adams appeared to be nothing more than the young owner of the Broken Bow cattle spread. But when danger threatened innocent people and when evildoers plotted against justice -- then Steve Adams, rancher, disappeared – and in his place came a mysterious stalwart Indian, wearing the dress and war paint of a Comanche -- riding the great golden palomino -- galloping out of the darkness to take up the cause of law and order throughout the West—comes the legendary figure of Straight Arrow.

Much greater fame lay ahead for the comic actor who played Windy. He was in his 20s at the time of the radio show. But years later Don Knotts rose to national fame when he played Barney Fife on the “Andy Griffith Show.” His comic skills also took him to starring roles in movies and other popular TV performances.

Howard Culver, who played Straight Arrow, had a long and successful acting career. He was radio’s last Ellery Queen and played ‘Mark’ Dillon in the pilot show for radio’s “Gunsmoke.” Although William Conrad won the lead role as radio’s Matt Dillon, the pilot did not mark the end of Culver’s association with “Gunsmoke.”

He played Howie the hotel clerk in 49 episodes of TV’s “Gunsmoke” during the series’ first 10 years. Culver also had supporting roles in many other TV shows and movies before his death in 1984. He was in Jack Webb’s group of actors and was a regular in Irwin Allen productions in addition to the many other roles he played.

Good accounts of the Straight Arrow and "Bobby Benson" and the B-Bar-B as well as all other radio Westerns can be found in the 2014 book “Radio Rides the Range,” edited by Jack French and David S. Siegel.

Several episodes of “Straight Arrow” and Bobby Benson can be found on old-radio sites on the Internet for free listening and downloading.

Sorry, there are no recent results for popular images.

Sorry, there are no recent results for popular commented articles.